Total revenue for Taiwan's three major science parks is set to hit a new high of NT$3.5 trillion (US$126.71 billion) for 2021, according to a Ministry of Science and Technology report released Sunday.

Revenues in the semiconductor industry reached NT$2.18 trillion from January to October 2021, up 23.58 percent from the same period 2020 and around 72 percent of the overall total posted by the three science parks.

The ministry attributed the strong performance to growing demand for high-end chips used in emerging applications such as 5G and artificial intelligence of things (AIoT), according to data from the ministry.

Meanwhile, optoelectronics sales rose by 29.09 percent year-on-year to reach NT$495.5 billion, thanks in large part to strong demand amid the COVID-19 pandemic-induced stay-at-home economy and soaring prices of flat-panel displays.

Sales in the computer and computer accessories sector hit NT$132.4 billion, up 13.53 percent from a year earlier.

Looking ahead, the ministry said that if manufacturing capacity was not negatively affected by the COVID-19 situation in the coming year, total revenue for the three science parks would continue to grow.

According to the ministry, ASE Technology Holding Co., Hon Hai Precision Industry Co., and several other local companies have signed letters of intent to build factories in a newly developed science park in Kaohsiung's Ciaotou District.

The Ciaotou Science and Technology Park is set to allow companies to start building factories in late September. In addition to the semiconductor and electric vehicle industries, the park will focus on the development of precision health care, smart machines, and aerospace.

To form a new "Southern Taiwan Technology Corridor," the Executive Yuan has approved plans to set up an 88-hectare science park in Chiayi and another 73.83-hectare park in Pingtung, according to the ministry. 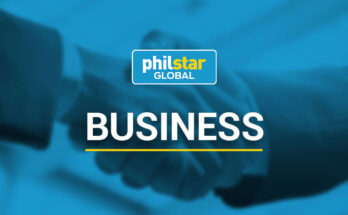