The outgoing president of Taiwan's Central American ally Honduras will be visiting the nation soon, the Ministry of Foreign Affairs (MOFA) confirmed Thursday as both countries mark the 80th anniversary of diplomatic ties this year.

MOFA spokeswoman Joanne Ou (???), however, would not disclose more details concerning President Juan Orlando Hernandez's upcoming trip, including when he would be arriving in Taiwan, saying only that more details would be announced soon.

Ou's confirmation was made after the Honduran government had announced earlier in the day that Hernandez had departed the country and arrived in the United States on Wednesday for a visit before coming to Taiwan after an invitation was extended by President Tsai Ing-wen (???).

The statement also did not specify when Hernandez will be traveling to Taiwan.

According to the Honduran government, Hernandez, who has been president since 2014, will be presenting a report on the achievements during his presidency and will thank the international community for their support while in Washington.

After the event in Washington, the Honduran leader will travel to Taiwan to personally thank his Taiwanese counterpart for all the support provided to the Honduran people, it added.

The upcoming trip comes only months before his second presidential term is to expire and before a potential shift in formal ties after one of the candidates in Honduras' presidential election to be held later this month pledged to recognize Beijing if elected.

Xiomaro Castro, the presidential candidate of the left-wing opposition Liberty and Refoundation Party, vowed to open diplomatic relations with China if elected, according to a Reuters report in September.

Honduras will hold its presidential election on Nov. 28.

No reliable polling has been done to date, but the main candidates appear to be Castro, Tegucigalpa mayor Nasry Asfura of the ruling National Party, and Salvador Nasralla, who narrowly lost to Hernandez in 2017.

MOFA has repeatedly said that Taiwan is closely watching the situation in Honduras.

Ou said Taiwan's embassy in its Central American ally had stepped up interactions with all political parties in Honduras and that cooperation between the two countries had helped Hondurans and their economy and society.

The government had also warned all of its diplomatic allies that China will do everything possible to poach diplomatic partners from Taiwan, but its promises to win them over are often "colossal but empty," Ou stressed. 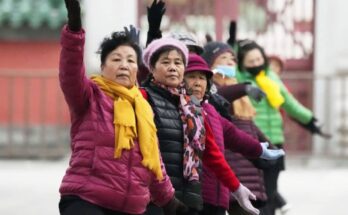 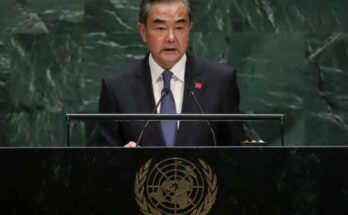