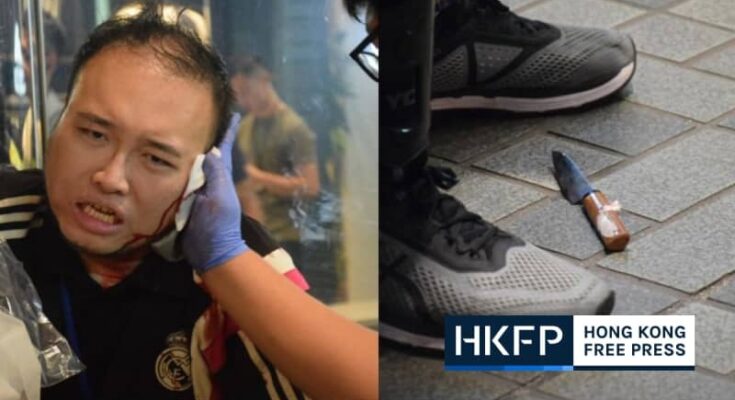 A man accused of biting off former district councillor Andrew Chiu’s ear and slashing a man in the stomach during a protest in 2019 has been found guilty of three counts of wounding, inflicting grievous bodily harm with intent and a count of common assault. Defendant Joe Chen, 51, was convicted at the High Court by a seven-person jury on Wednesday after a four-hour deliberation, local media reported. Chen was accused of slashing and stabbing a man in the stomach and in the back with a knife, and wounding two others at the Cityplaza shopping mall on November 3, 2019. The victim of the attack re…