Data compiled by the MOEA showed the industrial production index for 2021 rose 13.22 percent from a year earlier to 131.48, with the sub-index of the manufacturing sector — which accounts for more than 90 percent of the country’s total industrial production — up 14.06 percent from a year earlier to a reach a new high of 133.62.

In 2021, riding the waves of strong demand for emerging technologies such as 5G applications, high-performance computing devices, and internet-connected automotive electronics, production posted by the electronics component industry rose 18.40 percent from a year earlier with semiconductor and flat panel suppliers generating a 19.30 percent and 22.42 percent year-on-year increase in the year, respectively, the MOEA said.

Also in the tech sector, production in the computer and optoelectronics industry rose 8.49 percent from a year earlier in 2021, the MOEA added.

In the electronics component industry, production of the semiconductor segment rose 25.79 percent from a year earlier in December with production in the flat panel segment up 8.43 percent, the MOEA added.

Production posted by chemical raw materials, base metal, and auto/auto part industries bucked the upturn in December, falling 2.20 percent, 1.75 percent, and 9.32 percent, respectively, from a year earlier, the MOEA said.

According to the MOEA, chemical raw material suppliers were affected by an increase in global suppliers. Base metal producers saw a fall in prices of certain steel products, while the auto/auto part industry felt the pinch from a chip shortage in that month.

But the MOEA said it still needed time to observe whether the production fall in the three industries would continue.

On the other hand, machinery makers benefited from expansion by manufacturers, in particular in the semiconductor industry, with production rising 5.38 percent from a year earlier in December, the MOEA said.

Looking ahead, Huang Wei-chieh (黃偉傑), deputy director of the MOEA’s Department of Statistics, said production in the local manufacturing sector as a whole was expected to continue an uptrend in January, forecasting the sub-index for the sector would grow 7.6 percent to 10.8 percent from a year earlier.

The moderating growth in January largely reflected a relatively high comparison base over the same period of last year, Huang said.

Commenting on a cluster of domestically transmitted COVID-19 cases in the Farglory Free Trade Zone in Taoyuan, Huang said that so far the impact appeared limited but that the MOEA would continue to observe to see how the situation would evolve. 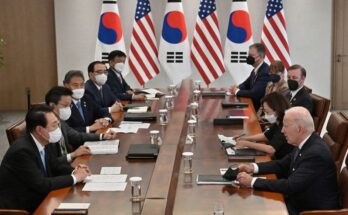 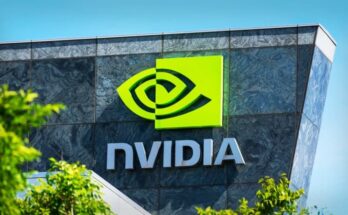 Nvidia Stock Is Less Than Half Its Recent High. Is It Now a Buy?