Newly elected opposition Kuomintang (KMT) Chairman Eric Chu (朱立倫) expressed hope Sunday that exchanges and cooperation between his party and the Communist Party of China (CPC) will be fortified on the basis of the “1992 consensus.”

In his congratulatory message, Xi reiterated the importance of the “1992 consensus” and China’s opposition to Taiwan independence. He further expressed hope that the two parties would work together to strive for peace across the Taiwan Strait, for national unification, and for the rejuvenation of the Chinese nation.

Chu replied that due to the two parties’ constant endeavors to promote bilateral exchanges and cooperation between the two sides on various areas, significant progress in the cross-strait relations has been achieved over the past 30 years.

However, under the administration of the Democratic Progressive Party (DPP), its “desinicization” and “anti-China” policies have changed the cross-strait status quo, fueled cross-strait tensions, and made people on the two sides of the strait very ill at ease, Chu said.

Noting that people on both sides are all descendants of the ancient Chinese emperors Yan and Huang, Chu expressed hope that on the basis of the “1992 consensus” and opposition to Taiwan independence, the two parties will move in the direction of seeking common ground while respecting differences.

He said he hoped the KMT and the CPC would collaborate on enhancing mutual trust and intensifying bilateral exchanges and cooperation to advance the peaceful development of cross-strait relations.

Chu also called on the two parties to work together to bring benefits to people on both sides and promote peace and stability across the strait.

Beijing has taken a hardline stance on cross-strait relations since the DPP government refused to recognize the “1992 consensus,” a tacit understanding reached in 1992 between the then-KMT government of Taiwan and the Chinese government.

Under the consensus, both sides of the strait acknowledge that there is only “one China” with each side free to interpret what “China” means, according to the KMT.

Beijing, however, has never publicly acknowledged the second part of that interpretation.

Meanwhile, in a statement issued Sunday, the DPP accused the KMT of putting the blame for the tense cross-strait relations on the ruling party while lacking the courage to speak up for the general public in Taiwan but instead publicly echoing the CPC.

Taiwan’s mainstream public opinion is clear, specifically on maintaining its sovereignty and the lifestyle of democracy and freedom, and there will be no tolerance for changing this status quo, the DPP said.

In terms of cross-strait ties, a majority of Taiwanese people reject the “1992 consensus” and the “one country, two systems” formula put forth by Beijing, according to the statement.

The latter refers to the arrangement that was applied to Hong Kong after it was handed over to China by the United Kingdom in 1997, as well as to Macau in 1999, in order to allow them to retain some autonomy for 50 years.

Xi has proposed using this arrangement for Taiwan to facilitate unification, such as in a 2019 speech.

China’s unilateral halt of exchanges with Taiwan, suppression of Taiwan in the international community, and regular military flights into Taiwan’s Air Defense Identification Zone to undermine peace and stability across the strait are also unacceptable to Taiwanese people, the DPP said.

Also on Sunday, DPP lawmaker Lo Chih-cheng (羅致政) said he found it odd that the KMT had been looking forward to Xi’s congratulatory message on Saturday and then treating it as if it were a “gift from heaven.”

From his perspective, the message should be considered a political hot potato because Chu will have to respond in the future whether he would be closely aligned with Xi or the Taiwan public given that opposition to Taiwan independence is not the mainstream public opinion in Taiwan, according to Lo. 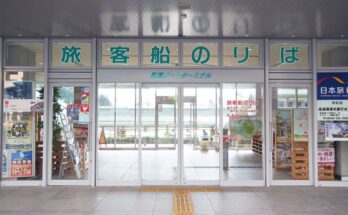 With Fed hawkish, Taiwan forecast to raise rates in June at earliest