Filmmaker and two-time Golden Horse Best Actress winner Sylvia Chang (???) was named as the winner in the film category of this year's National Award for Arts on Wednesday, along with six other recipients in other artistic categories.

Chang, 68, is a famous actress and film director with a career spanning nearly 50 years. She twice won Best Actress at Taiwan's Golden Horse Awards, and was nominated for the same award for Best Director and Best Picture for her directorial works, including Passion, Siao Yu, Tempting Heart, and Love Education, making her one of Taiwan's most accomplished filmmakers.

Ping Lu, 68, has published more than 20 books, some of which such as "Love & Revolution-- A Novel About Song Qingling (???) and Sun Yat-Sen (???)," were translated into English and other languages.

Huang, 67, is famous for his indie films and documentaries, while Qiu, 88, is famous for playing multiple musical instruments for traditional Chinese opera and is a trailblazer for beiguan music in Taiwan.

Wang, 62, is the founder of famous Taiwanese opera company Golden Bough Theatre and has acted in and created more than a dozen theatrical works.

Kuo, 73, is the second female architect to receive this honor and is famous for her riverbank planning.

Established in 1997, the National Award for Arts aims to encourage and reward artists who have made outstanding contributions. The award has been presented every two years from 2015.

The winners each take home NT$1 million (US$36,070) in prize money and a trophy, according to the organizer. 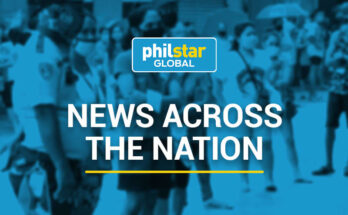 US Shoppers Find Some Groceries Scarce Due to Virus, Weather