The Chung-Hua Institution for Economic Research (CIER) said Friday that it is now projecting 6.05 percent GDP growth for Taiwan in 2021, up 0.21 percentage points from a previous estimate made in October.

If that forecast holds true, it would be the highest annual growth Taiwan has posted since its economy grew 10.25 percent in 2010 in a bounceback following the global financial crisis, according to the CIER.

In 2022, Taiwan will post 3.67 percent GDP growth, the CIER predicted, up slightly from the October estimate of 3.55 percent.

Although the projected growth for 2022 is 2.38 percentage points lower than 2021's due to a relatively high base of comparison, it would still be the fourth consecutive year that Taiwan's GDP grew more than 3 percent, said CIER President Chang Chuang-chang (???).

The main drivers of growth in 2021 have been private investment and exports, the CIER said, and a spurt in investment was behind its revised upward forecast for growth this year.

The CIER on Friday raised its forecast for Taiwan's private investment growth in 2021 to 18.33 percent, up from a previous estimate of 12.69 percent, and projected capital formation growth at 14.54 percent, up from 10.15 percent as exporters invest in increased capacity to meet demand.

The think tank actually lowered its forecast for 2021 export growth to 17.08 percent, from 18.10 percent previously.

Chang expected private consumption in Taiwan to pick up next year and be a major factor in GDP growth after being stagnant in 2020 and 2021 amid COVID-19 concerns.

The CIER forecast private consumption to grow 5.02 percent after being relatively flat in 2021, while private investment is expected to rise 1.51 percent and exports should grow 3.26 percent in 2022.

Taiwan's consumer price index is expected to grow 1.90 percent in 2021 and 1.77 percent in 2022, though prices have risen rapidly in Taiwan in recent months because of price hikes worldwide, Chang said.

He attributed the current surge in prices to inflationary pressures from a global supply shortage in the electronics industry, exacerbated by worsening port congestion worldwide. 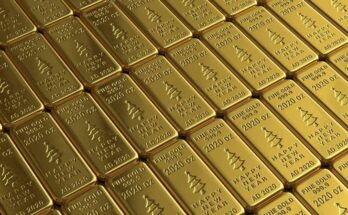