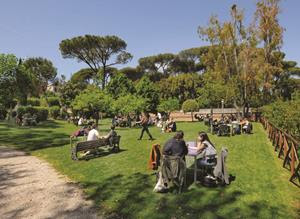 ROME, Dec. 23, 2021 (GLOBE NEWSWIRE) — Luiss continues to climb the famous ranking, which comprises 956 universities worldwide, and is among the Top 30 most sustainable universities.
The University has reached the 22nd position worldwide, compared to 43rd in 2020, confirming itself as the second University worldwide, and the first in Italy, in the “Energy and Climate Change” category.

Throughout its four departments of Economics and Finance, Business and Management, Law and Political Science, Luiss offers an innovative educational approach that is gaining increasing international recognition.

This is also reflected in the QS World University Rankings, which named it among the top 50 universities for Politics and International Studies.
Its global reputation is also demonstrated in the impressive community of alumni who work across the world in different sectors, as well as its student population, which is made up of 85 nationalities.

The core faculty comes from fifteen different countries and is a dynamic mix of academic professors and practitioners such as executives, diplomats, and representatives from public administration.

This physical uniqueness is being interpreted virtually to offer a humanistic approach to the digital era of education. The University launched a series of online programs with a new ethos, described as “on-live”. Dean Prencipe says the programs revolutionise online learning, differentiating themselves from usual online courses. As an example, the on-live experience will not be in isolation but rather team-based and student-centred.

A photo accompanying this announcement is available at https://www.globenewswire.com/NewsRoom/AttachmentNg/9da945e5-5ffe-4cb7-821b-2b5f2f8826c5

The photo is also available at Newscom, www.newscom.com, and via AP PhotoExpress.