A COVID-19 cluster at a branch of the Union Bank of Taiwan in Taoyuan's Zhongli District has grown to 14 people, according to the Central Epidemic Command Center (CECC) and the city government.

Three employees at the branch on Jianxing Road were confirmed as having COVID-19 on Wednesday afternoon, and the CECC released a statement later that day stating that nine additional employees had also tested positive as part of the cluster, which is linked to a larger outbreak originating at Taoyuan International Airport.

At a press briefing Thursday morning, Taoyuan Mayor Cheng Wen-tsan (???) said that a 13th employee, and a relative of one of the COVID-19-positive employees had tested positive as well, bringing the total number of cases traced to the bank to 14.

The source of the cluster is a family member of a COVID-19-infected airport employee who later also tested positive for the disease.

The infected family member had spent an hour opening an account at the Jianxing Road branch on Jan. 4, according to Cheng.

The other staff at the branch, their family members, and the relatives of those who have tested positive are now in quarantine, Cheng said.

Taoyuan suspended classes on Thursday for six schools and a tutoring center attended by relatives of the bank employees. Cheng said the precaution was taken as test results were still being processed.

People who visited the bank or its surrounding areas between Jan. 4 and Jan. 12 should monitor their health closely and get tested for COVID-19 if they develop symptoms, the CECC said. 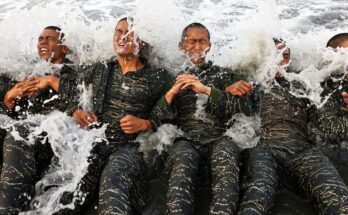